On Friday 21 June, 450 guests at Pullman Auckland joined an expert panel of business leaders to discuss the hurdles to Diversity & Inclusion in the workplace and define the solutions. The panel featured Rebecca Thomas, Founder and CEO of Mint Asset Management; Kaye-Maree Dunn, Director of Indigital Blockchain Limited; Kristen Lunman, FinTech Innovator and Founder of Hatch; and Dean Taylor, CEO and Founder of Contagion. Hosted by broadcaster Carly Flynn, the panel discussed hurdles they’ve experienced while trying to challenge the status quo, while also looking at solutions that we can all take back to our workplace. The following is a keynote speech by Ingrid Vercammen.

Ingrid is a Belgian inspirational speaker, leader, influencer and intuitive entrepreneur. She is passionate about helping women recognise themselves as leaders in all areas of life and is committed to encouraging women to lead themselves first from the inside out.

On my journey, I had to confront both cultural and gender stereotyping. More specially, the ones I was unconsciously confronted with. Diversity and inclusion are powerful global topics. Due to recent events, the world is focusing on how New Zealanders are addressing these issues. All of us here in this room are involved in creating inclusion and diversity. In the workplace, we have to deal with different genders, cultures, perspectives, languages and accents.

My personal passion relates to shifting the role of women in the world. I am proud to be part of the rise of the feminine. How do we navigate those changes? It’s one thing to talk about change, and another to actually live the change. It’s my belief that those who can navigate those changes will be the leaders of tomorrow.

I am an immigrant from Belgium. I’ve been in New Zealand for 19 years and I am a New Zealand citizen. Belgium is known for Belgian waffles, Belgian chocolates, Belgian Beer, pancakes and diamonds. My first business was as a jewellery wholesaler. I specialised in 18 carat gold set with diamonds and I was delivering to the top jewellery stores in Belgium and in Luxembourg.
And then a robbery took place and I was confronted with a thief who held a gun against my head. We started a fight and he gave me such a severe beating that I ended up in hospital, more dead than alive. That was the end of my jewellery business. That was the first time that I had to make a really big change in my life.

I had to choose another direction. I was fascinated with the mind and so therefore, I studied to become a psychotherapist. I created my own training centre for neurosis therapy. After divorcing my first husband, I was a solo parent for seven years before I met my second husband, Marcel. In 2000, Marcel and I moved to New Zealand and together we started a food manufacturing business here. Our company is Van Dyke Fine Foods and the brand name is Marcel’s Pancakes and we made pancakes. 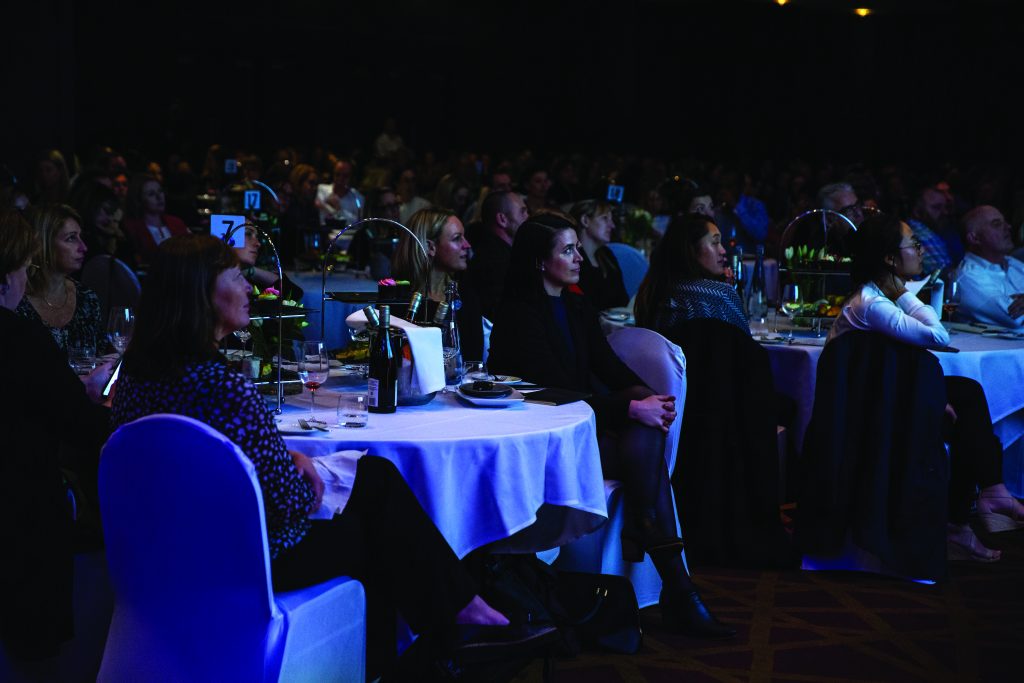 My husband is a really brilliant engineer. He invented an automatic pancake line back in Europe and he was selling his pancake line. 19 years later, our company is the largest New Zealand pancake company and we also developed markets in Australia, Taiwan, Singapore, and Malaysia.

At work, I was the Commercial Director, the Head of Human Resources, Food Safety, New Business Development, Export and the CEO. We won a lot of Excellent Business Awards, culminating with the Supreme Business Award from the Chamber of Commerce in 2015 and I was named the Global Trade Professional of the Year. I left Van Dyke Fine Foods in January last year after 18 years, so today I want to share with you a back story.

I’m very fascinated with the brain. Brain scientists tell us that the human brain is not wired to cope very well with changes. Change requires us to undergo both an inner and outer shift of focus. We are very comfortable to do what we always do, but when there is something, a little thing even, we feel discomfort. And therefore not everybody is willing to go through change.
I wanted to share this with you because the story that I am about to tell you will deal exactly with the need and the willingness to change. Both are very powerful positions. My journey is about self-empowerment and that happened in three stages for me. The first one is in the process of change; you have to know where your journey of change is starting from.

In Belgium, we are raised to believe that man has to take the lead. They are the head of the family, they make all the decisions and they have the last word. Women are brought up just to set themselves aside, to leave the decisions to men, and to care. A wife is supposed to ask permission from her husband.

This is how we started running our business. It felt very normal for the both of us, no questions asked. Although we were equal in the business partnership, I as a wife had to ask permission from my husband. I had no problem with it. That was normal procedure. 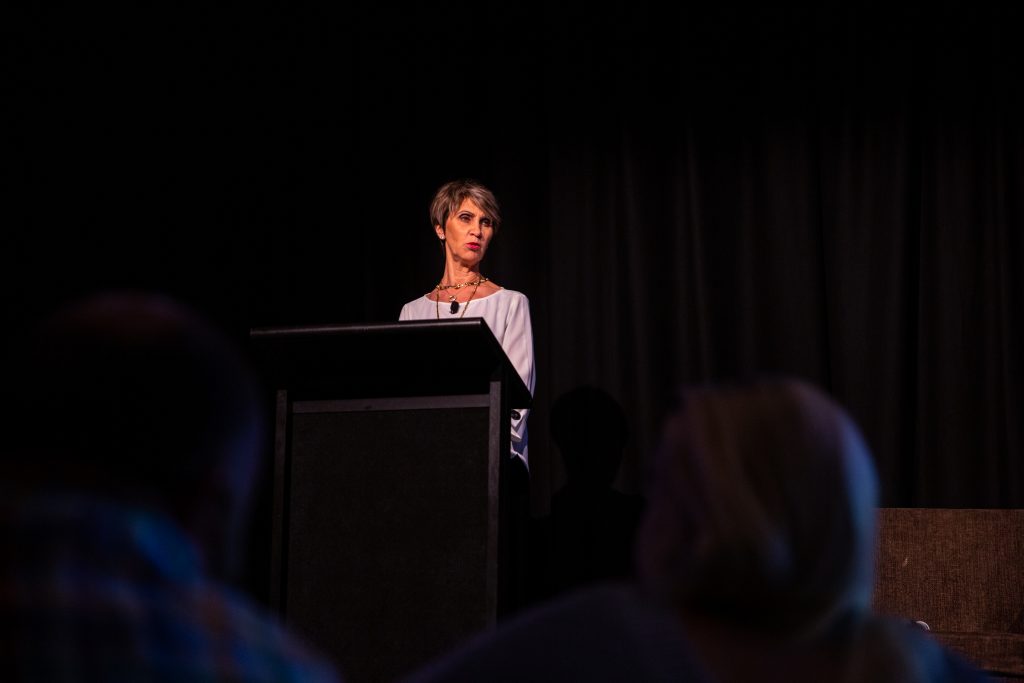 Now after a while, I knew exactly which two lines I could manoeuvre, without asking permission all the time. I was allowed to buy pens and paper and office supplies. One day I spent $10,000 on a computer upgrade for the office, and I did not ask permission. That landed me in hot water. Obviously I had trespassed those two lines. I was not aware of it. But at the same time, my husband bought an $800,000 machine for the production without even consulting me.

Selling was always a passion for me. I’m good at it. Me and the sales team developed the business and that was considered a good way to spend my time. That was working in the business. I applied for grants, I went to the New Zealand School of Export and I entered the company in several business awards. That was regarded as losing my time.

These imbalances finally took a toll on my health. I was losing so much energy that in the end, I was overstressed, I had a burnout and I lost weight until I weighed something like 45 kilograms. I couldn’t leave home, so I had time to reflect and to think. I figured out that I was not fulfilled. There was some void here and I was not satisfied with what I was actually doing.
I started thinking and realised there was nobody who ordered me to work that hard and so many hours. That was totally my idea. My idea to be the good wife. When it was my idea to work so hard, I could change that idea and work less. I came to the conclusion that it was better for me to leave the company and not throw away the rest of my years. That landed us now in phase two of changes.

In the process of change, you don’t know what you don’t know. When I made up my mind to leave the company, I had to tell people about my plans. The first person I talked to about my plans was Ed Parker, from New Zealand Trade and Enterprise when he did his monthly visit. He is a very nice friendly man who is always ready to help with whatever he can.

I talked about my plans for leaving the business and he was baffled. He disclaimed ‘Well, what is going to happen with the business? Who is going to lead this business?’ I did not understand what he was talking about. He said very slowly, ‘But, you are leading this business.’ I was speechless. I looked through the window from my office, staring at the cows in the paddock, and it sank in. I heard what he said. 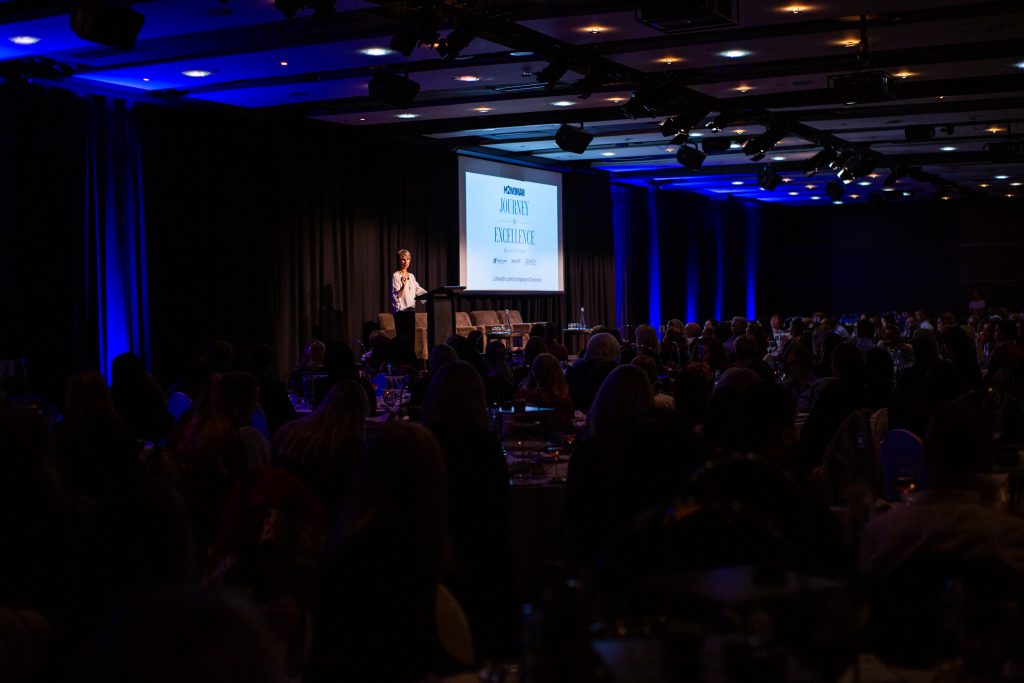 At that moment, something shifted inside me, in my brain, in my body. All of a sudden I felt valued for the first time in my life. It was different. Now with that came new energy. And that means that we go now to stage number three. It’s good that you get that knowledge and a change in your mindset, but now you have to take action.

I went home to see my husband. He was relaxing, watching his TV, sitting in the seat and there I was to disturb him. I told him we had to talk about how to move forward with the business. I had a sheet with the job description of the CEO and asked him what, on the sheet, was he doing. He said ‘Well, I do everything.’ Wow. He does everything? I didn’t expect that answer.

I said to him, ‘Please, look at it again. For instance, do you represent the company at conferences and official occasions?’ And he said ‘Yes, what about it? You do that, huh? There you go.’ So in his mind, I was part of him. We were one. I didn’t give up. I said ‘Are you willing to do all of this now? Otherwise, you should give me the title of CEO.’ He said ‘Well, yeah, take the title.’ Just like that, he didn’t argue.

He put himself down as the CEO as this is how he was brought up; head of the family, head of the business. A man has the last word. It was normal for him to think like that. I can’t blame him. I hadn’t been aware of this shared habit until this moment myself. This is what conditioning does. We had a shared mindset, but mine was changed. By knowing all this, I was back to the company, and told them that I was the new CEO. My behaviour changed, as well as the behaviour from the people around me. I had a voice. I was seen.

Previously I was a moth, without any colour. Something that blends in with the wallpaper. But now I was a butterfly. I had colours and I could spread my wings. That was a great feeling. I appointed new Directors for the Board and I found also a new female CEO to lead the company as I was stepping aside.

It was a tricky time as we navigated these changes. My husband could not bring himself to change his mindset and he decided to leave New Zealand and move back to Belgium. I’m still involved in the running of Van Dyke Fine Foods and Marcel’s Pancakes as a Director and Co-owner. However, new ventures are calling me. I’m returning to my first love; human behaviour and women’s empowerment. In conjunction with Shine Global, I have created a new collaborative venture called Women Beyond Ordinary.

My vision is to showcase New Zealand women to the world and my goal is to create a global community of women leaders pioneering the new ways of business, technology, education, mindset, family and finances. The aim is to gather and empower women to navigate these times of great change with ease and elegance. We will hold live online meetings which will feature women sharing new approaches to living in this rapidly changing world.

I believe the way to navigate the future is through deep reflection and deep conversations. New ways are seeing expression through us. There is an opportunity for New Zealand to lead the world.