“They were honest from the start and told us it wasn’t going to be an easy build but did not think twice about jumping into a project on an incredibly steep site.

“We’re on Palm Beach. A beautiful spot – just five minutes from the beach.” When Chris Upton and Amanda Mason visited Waiheke Island and happened upon a neglected hillside of ginger with a ‘for sale’ sign in among the overgrown foliage, they thought, “Why not? Let’s make an offer.”

The steep piece of land dictated the architectural footprint of this weekend house. Box™ designed a two-tier home which steps down the tightly constrained site. On the upper level is the master suite and an internal walkway connects this to the lower tier – a series of stepped pods containing living areas, another bedroom and bathroom.

Today when Chris and Amanda, who own O’Connell Street Bistro, take time out from the business, they enjoy views from the deck which looks out over the tops of the trees – but it hasn’t been easy getting here. That wasn’t through lack of planning. “The build process became a protracted affair when it was paused halfway through because our business closed for eight months due to a fire,” explains Chris. 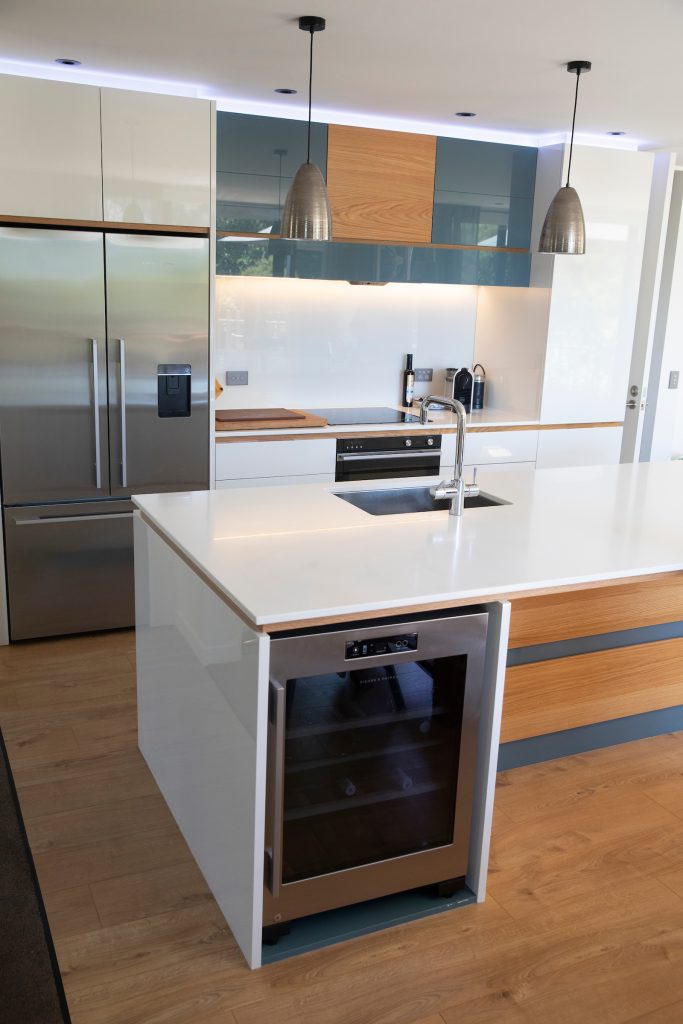 Then, in 2017, the tropical cyclone came through right in the middle of the earthworks. Another setback. But once Box™ actually got onto site, it was smooth sailing. The house emerged quickly after that – and it soon won their hearts. “Little areas start to grow on you as you live in the house a bit longer. Amanda and I both enjoy the split levels and the openness of the deck. Plus I have my pizza oven outside so that’s my little man cave.”

Through the difficult times and the high points, the Box™ team was there to offer guidance and celebrate each small victory. “They were honest from the start and told us it wasn’t going to be an easy build but did not think twice about jumping into a project on an incredibly steep site.

We went to them with some real curve balls and some financial concerns, and they always made us feel much more comfortable.”

The piece of land depicted the style of house that was going to get built on it. So what Box has designed has been a two tier house linked together with an internal walkway, one master bedroom en suite upstairs and then living areas with one bedroom and bathroom downstairs.

Box™ is a team of architects, designers, and builders based in Auckland.